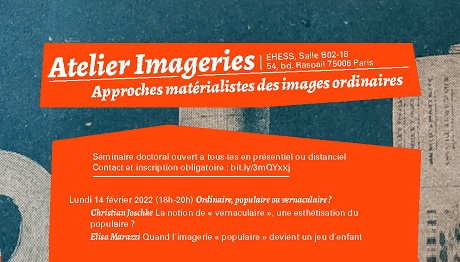 Elisa Marazzi’s lecture Quand l’imagerie ‘populaire’ devient en jeu d’enfant will be hosted during the first session, on 14th February 2022. It will discuss popular illustrated broadsides, widespread in Western Europe (and beyond) from 18th to 20th century. Such items represented an opportunity to access print culture for illiterates, including people learning to read, and, often among them, children. The more farsighted printers soon recognised the viability of illustrated broadsides specifically envisaged as pictorial aids or even as paper toys, a successful production in an era when printed items and playful materials were not widely accessible.